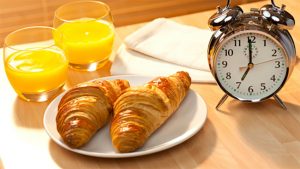 Have you ever wondered why some people in business seem to have it all together?  They appear to live the much sought after life of order, composure and little stress whilst for you Friday rolls around and you’re wondering where the time went and trying to ascertain exactly what you achieved.   Well, their secret could well be in their morning routine.

I’m not talking about dawn boot camps or strict diets, no, it’s more a first thing routine when starting the workday and involves eating frogs.  Not the French cuisine with garlic and butter but those pesky tasks you keep putting off for one reason or another.  Perhaps they are difficult or unpleasant or you just haven’t brought yourself to truly face the fact that they are holding you back from moving forward.

Rather than focus on the reasons you’re not doing that task, instead shift your focus to the benefits of getting it out of the way.  It could mean better cash flow if for example it’s calling debtors or a reduction in expenses if it’s starting renegotiations on a key supplier contract.  Or it could be a bigger project that you desperately want to do, but the whole thing seems overwhelming, why not portion it out into smaller frogs and eat one a day, after a few days you will have progressed the project along.

How many frogs you eat each morning is up to you, why not start with one and maybe add another, as you feel comfortable.  Your frog could be the same each morning or you might make a quick list of items the day before so you’re ready to go when you start work the next day.  One tip however is to avoid anything that may distract you from your morning meal, such as checking emails or voicemails, until after that frog has been well and truly consumed.

What’s your frog?  Let us know the task that you keep putting off whether it is because you despise it, it’s difficult or you just haven’t recognised the value in doing it yet.  Make this the first thing you do tomorrow.