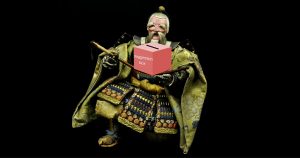 No doubt we’ve all been in an organisation where managers attempt to garner team involvement in growth and decision making through a suggestion box.  Sometimes it works, or works for a time, and other times there’s either no involvement from the team (no suggestions) or nothing that is relevant in the eyes of the decision maker.

It seems this has been the case since the first suggestion box way back in the early 1700s.  A Japanese shogun put a box at the entrance of his castle, good ideas were rewarded but any criticisms were punished with decapitation.  I’m sure the shogun received splendidly honest feedback and suggestions, is something similar happening in your organisation?

So, what can you do to curb the situation?  You want to involve the team, you feel that you’re open to feedback but you’re unsure of the whole “suggestion box” as in the past it’s been filled with ideas that don’t correlate to your business strategy.

Be clear about the input you want

We naturally find support for ideas that support our agenda.  Therefore, if the business has a goal or strategy it is working towards, make it known to everyone and focus the suggestions on achieving or getting closer to that goal.  Ensure your team know and understand the vision and purpose of the business and the deliberate strategy (objective, scope and competitive advantage) that you’re undertaking, this way team members can ensure that their suggestions compliment this strategy.

This isn’t so that you can decapitate the provider of criticism, but rather so you can reward great ideas.  This also allows you to address issues more rapidly as you can garner more information easily by knowing who made the suggestion rather than “guessing”.  It also dispels the fear factor in making suggestions as anonymity in itself can send the message that it’s not ok to talk freely.

Ensure resources are available to address issues or ideas

If you’re asking for suggestions but nothing is ever implemented, or even discussed, chances are your team will tire of putting in effort for no outcome.  Resources aren’t just financial, they include time and systems to collate and filter ideas, feasibility assessments and of course money, time and effort to implement.  You need a way to discern a good idea from a lacking one, again a deliberate business strategy can help here.

If you’re in management and you rarely take your ideas to your manager, your team sees this.  Before they come forward with ideas, they want some assurance that a good idea will be taken forward, if they never see you doing this then they will quickly realise that any suggestion they make will likely meet its death at your desk.  If an idea isn’t meeting the mark, tell the team member what it’s lacking or why it doesn’t fit with the business strategy.  Don’t forget to close the loop on ideas that have progressed by telling the team where it’s at and any feedback from higher up.

Even though you want suggestions that compliment your strategy, there are times that team members see opportunities different to leaders.  Consider having a second box for this purpose, where employees can submit ideas on things such as new market opportunities or internal system optimisations.  Again, you will need criteria for assessing which ideas are taken further and which are left for another time.   This box becomes a quasi “innovation box” and it’s understood that only a few of the suggestions made will ever reach implementation.

It’s easy to think that no suggestions mean nothing can be improved from a staff viewpoint.  It’s also easy to think that one communication stream is enough, but this is rarely the case.  Don’t bank everything on the suggestion box, there’s plenty of other ways to garner feedback and suggestions from your team.  Simple MBWA (management by walking around) has great results, as does just asking on occasion in a casual setting what someone thinks about something, and finally being available to your team enough to allow them to come to you directly if they have thoughts on how things can be improved.