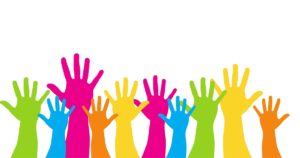 You might remember in March this year the legislation finally passed allowing unlisted public companies to be able to issue shares to the public.

The Australian model is largely drawn from those that currently exist around the world such as New Zealand, UK and Canada. It provides some reporting and auditing concessions to companies that crowdsource equity, limitations of amounts they can raise from a single retail investor and lesser documentation to raise funds than going public.

Birchal, whose platform opened on Tuesday is created by the founders of crowd-funding platform Pozible. It’s interesting to see their approach to extending and applying learnings from reward-based crowdfunding to equity crowdfunding.

With ASIC only opening up licence applications to platform providers on 29th September, there is likely still some time to go until we see the first equity crowdfunding campaign launch. However what the team at Pozible and Birchal have learnt is that creating a crowd and community of followers is perhaps one of the most important aspects of delivering a successful campaign, whether it be reward-based or equity.

They believe that businesses that sell to consumers have the best chance of building a loyal following and therefore will have the most chance of success with equity crowd sourcing. In preparation, they are encouraging businesses that are considering running a campaign to register and set up a profile on Birchal. Already there are brands that we’ve seen grace the screens of Shark Tank such as ‘Over the Moo’ and ‘Sleeping Duck’ — the idea is that the business can grow a following and crowd and only launch their equity campaign when they know they have a good chance of success. Investors can browse the companies by category and ‘follow’ those that they are interested in, they are then notified of updates and when the company launches an equity campaign.

In addition, to make the regulatory process easier for businesses, Birchal has also negotiated with professional service firms in each capital city some fixed priced fees for services such as preparing the offer-document, accounting and valuation services.

Whilst there are many costs and considerations before jumping on and launching a campaign, there are success stories across the world from these activities. One such success story is BrewDog a craft brewery from Scotland who now has a community of 55,000 shareholders having raised over GBP 26million over four rounds since 2009.

This crowd somewhat ensures the success of the company who now employ over five hundred staff and operate thirty-nine bars around the world. The community has also enabled expansion into other industries with the company smashing their USD75k reward-based crowdfunding target to open a US brewery and craft beer hotel, having raised in excess of USD320k