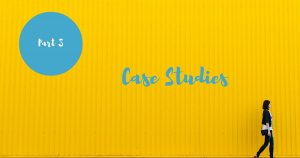 This week we draw from a recent HBR article that shows how others have managed to generate the culture they desire in the companies they lead.  In these examples, the CEO’s have held a view that cultural change is what you get once you have put in place processes and structures that support your business decisions.  That is, they believe that culture evolves as the work is done; culture itself is an outcome.

Ecolab is an industrial cleaning product company and Doug Baker became CEO in 2004.  He set out to undertake rapid growth, wishing to triple the company’s revenues.  Within 10 years, he had completed 50 acquisitions, revenue had reached $14 billion (from an original $4 billion) and number of employees had more than doubled.

Acquisition was a great strategy to enable Ecolab to offer a broader range of products to their customers.  However, as each entity was absorbed complexity within Ecolab grew with duplicated organisational layers, multiple office locations and units and management became siloed.  The growing bureaucracy was distracting staff from their previously customer-centric culture and ultimately hurting the business.

In order to restore a customer-focused culture, Baker looked to push decision making down the ladder.  He ensured front-line employees were trained in the company’s products and services so that they were able to find solutions to customer needs.  Gradually managers let go of the reins and trusted their employees, allowing them to focus on broader business issues and collaborate across divisions.

Baker also emphasised meritocracy to motivate employees, rewarding desired behaviour as a signal to others of what the company was looking for.  As frontline employees were recognised for owning customer relationships and working with each other a culture of autonomy emerged.

For smaller acquisitions that were typically a hierarchical style of management where owners issued orders and employees followed them; the shift to a collaborative and independent workforce whilst ensuring training and resources to make decisions meant that these groups of employees quickly trusted Ecolabs.  They better understood the mission of their new owner and how their role contributed to this.

Alan Mulally became CEO of Ford in 2006, the company was fighting bankruptcy having lost almost 25% of its market share since 1990.  When Mulally left in 2014 he had turned the company around, having reported profits for five years and significantly improved the share price.

The challenge at Ford wasn’t limited to the finances.  The management team was notoriously cutthroat and aggressive, often hiding information from other units.  Each unit made different cars, for different markets and operated independently of each other further reinforcing the defensive mentality whilst generating significant waste.  Mulally said that Ford was like a “bunch of separate companies”.

Mulally introduced regular meetings where several levels of executives gathered and shared information and updates on their units.  He used a traffic light system to assess overall performance.  At the height of the company’s financial problems, meetings were daily, executives were encouraged to support one another.  However, Mulally also wanted unit heads to be personally accountable for their part in the company’s situation, they had to explain the problems they faced and how they were making headway in rectifying them.  Mulally pushed back when executives refused to admit issues worried that their colleagues would use any sign of vulnerability against them.  “We lost billions last year, and you’re telling me there is not a problem?”  When people started speaking up Mulally was quick to praise them for their transparency.

“One Ford” was introduced to integrate the company worldwide, global heads were introduced to lead collaboration internationally and simplify operations.  With everyone working openly and as a team low performing brands could be identified and sold off.  Many of these were luxury vehicle brands and this lead to a focus on smaller energy-efficient vehicles such as the Fiesta and Focus, both of which had expanding markets.

The levers pulled by Mulally shifted internal culture of Ford from defensive and disparate to cooperative and connected business units.  This meant that the business functioned as one, people sharing information and allowing the formation of solutions more quickly.